Home
Blog
What is Kemetic spirituality?

Kemetic spirituality can be defined as a set of spiritual practices that are based on Ancient Egyptian religion. Some, but not all, Kemetics follow the theology that was practiced in Ancient Egypt (3500 BCE – 400 CE) before it became extinct following the rise of Christianity and Islam.

The word “Kemet” means “Black Land” (the fertile soil of the Nile River’s Banks) in ancient Egyptian. This name was given to Egypt by the early indigenous African inhabitants, which makes it different from other neopagan or pagan religions that refer to themselves as “Celtic”, “Norse”, etc .

Kemetic beliefs include polytheism (many deities), veneration of the dead (ancestor worship), magic, and rituals performed in temples.

Kemetic spirituality is not a Wiccan tradition or denomination, although some modern Kemetics practice witchcraft as well. Nor does it have to include any one religion, spiritual path, or even belief system. Some Kemetics may choose to live life as a practicing or non-practicing member of another faith, but choose to incorporate Kemetic ideals and beliefs into their life.

Kemetic spirituality can also be used as an umbrella term for those who claim Egyptian ancestry, even if they do not practice Ancient Egyptian religion. The Kemetic community is commonly referred to as the “Kemetic Tree” because the religion was spread by word of mouth for centuries before being written down. It is not uncommon to find someone who has Kemetic roots, but does not practice the religion.

Since there are no living Ancient Egyptians, modern Kemetics often draw inspiration from historical texts and artwork in addition to religious mythological literature. Some may choose to honor particular deities, while others may choose to honor all of them.

There is no one “proper” way to practice Kemetic spirituality. However, there are several standard guidelines that most Kemetics and Kemetologists follow:

1) There should be a sense of connection with the living world and respect for nature (animism). This might be expressed by honoring the neter (deity) Hethert, who is the goddess of nature.

2) There should be a sense of connection with ancestors and respect for the dead (ancestor worship). This might be expressed by honoring the Ancient Egyptian gods Osiris and Anubis.

3) There should be a sense of the Divine, the eternal, and the infinite. This might be expressed by honoring Amun-Ra or Khepri.

4) There should be a sense of balance with gender roles in society (androgyny). This might be expressed by honoring Isis and Serqet.

5) There should be a respect for sex/sexuality within the proper context of committed relationships. This might be expressed by honoring Hathor and Bastet.

6) There should be a celebration of life, love, health, joy, the world, etc.

1. One who wants to follow the Kemetic path must acknowledge that they are a child of both Geb (the earth) and Nut (sky).
2. The gods have created this world, but they do not control it in its entirety–humans have free will.
3. Ra is the one true god, but he does not act alone–he has many aspects whom he manifests in different ways.
4. The universe is cyclical, and everything that exists has a time when it will exist and a time when it will not.
5. Maintaining ma’at (harmony) is the duty of every individual in society, but especially those in positions of leadership.
6. Pharaohs are descended from the gods and should maintain ma’at through generosity to those in need.
7. One’s time on earth is limited, but as long as one maintains a connection with their ka (spirit) they will continue to exist after death, and they can attain eternal life by living righteously.
If someone is interested in paganism, especially Kemetic paganism, they would best be served by visiting the following sites: The House of Netjer   (Cherry Hill Seminary) Kemetic Orthodoxy (House of Netjer NU) The Egyptian Temple Site (the online temple for all pagans who practice Ancient Egyptian religion) The Overseer (Kemetic pagan news and connection)

What ‘pantheon’ of deities do Kemetics worship?

Kemetic spiritual practice is most often focused on Ra and his Ennead (the nine original creator gods). Ra is the most important deity, and he created all of the other gods and goddesses. However, some Kemetics also honor and celebrate many of the most important deities worshipped in the past by Ancient Egyptians, including Osiris, Anubis, Isis, Horus, Sekhmet, Hathor, Bastet and others.

Who is an appropriate role model for a Kemetic pagan?

There is a great deal of confusion surrounding this issue–many Kemetics do not believe in a single burning hell or that non-believers will go there. The majority of Kemetic pagans revere Jesus as an avatar of the Egyptian god Horus, but they do not believe he was a deity himself or that he died for anyone’s sins. In fact, many Kemetic pagans regard Osiris and Horus as one and the same, and they believe that it is possible for humans to connect with Osiris through Horus; never the other way around.

Does this mean Kemetic pagans don’t believe in an absolute moral code?

Many pagans who serve as members of the clergy do adhere to a moral code, but their rules vary according to which deity they serve. Some groups believe that witchcraft, homosexuality and adultery are wrong; others emphasize love and forgiveness.

Many (but not all) Kemetic pagans regard the Ancient Egyptian pantheon as expressions of one supreme deity or force–such as Ra or Amun-Ra. They believe that all deities are emanations, avatars or aspects of this supreme being.

Is Kemetic paganism connected to the cults of Osiris and Horus?

Is Kemetic paganism related to Vodou?

Many Kemetic pagans are extremely sensitive about false assumptions concerning this issue, so it’s important to be very cautious when talking with them about similarities between Kemetic paganism and Vodou. There are definite similarities between the two forms of worship, but there are also many differences. Kemetic pagans regard themselves as traditional monotheists who honor the Egyptian pantheon; in contrast to practitioners of Vodou who regard their religious beliefs as polytheistic or animist in nature.

What is the chief difference between Kemetic paganism and other forms of paganism? 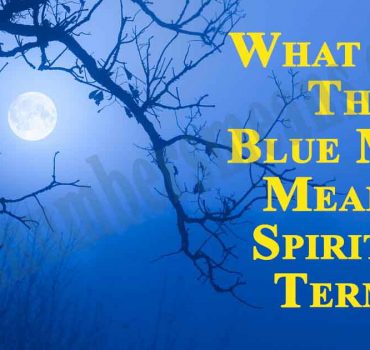